This term we have started by thinking about the process of learning, how our brains work and how to learn new things.

Some of the children offered to teach a few friends some new skills ranging from magic tricks to speaking in another language to sporting moves!

We reflected on what was difficult and how repetition, practice and effort makes a huge difference! This links with our growth mindset approach and helped us think about how we respond to challenges in any area of learning.

New IT equipment in action.

We have been using the Chrome Books that were bought by the PTA and the children have learnt to use them very quickly! We have used them to type and edit our work, send messages and ideas to each other, and carry out research for topics we are covering. They are great!

We have begun to study Myths and Legends from a range of cultures. We started looking at Ancient Greek stories and the range of characters and settings they include. After reading several myths and exploring the plots, settings and themes, we worked in groups to act out and then write our own.

Planning and acting out our myths.

We are now creating art in the style of either Aboriginal art, Ancient Greek pottery or Egyptian papyrus paintings, all showing scenes from our myths. Watch this space for our art on display!

This term we have been exploring forces. We began by making observations about gravity, air resistance and the effect of mass and shape on falling objects.

Does the shape or mass of a ball effect how quickly it falls?

What forces are acting on a frisbee as it travels through the air? 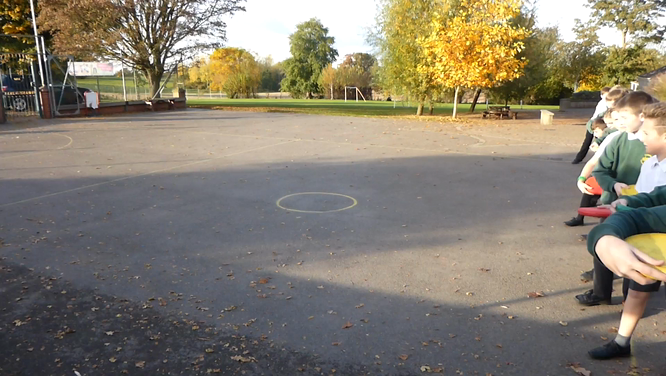 Exploring the effect of up thrust on light and heavy objects. This led to us learning about how submarines dive and surface in the ocean.

As part of our preparations for Christmas we learnt about bread making and the roll of yeast. We experimented with yeast and warm water to watch the reaction and production of gas which we collected in a balloon!

We then worked in teams to design and create our own bread which had to be well risen, taste good and have a festive twist. This needed to be in both the taste and the shape of the bread. We wrote our own recipes and made the breads in the last week of term. They were then placed on the gingham altar so that our very own Paul and Mary could judge the bakes! We hope you enjoyed tasting them at home.

The Great Enmore Bake Off!